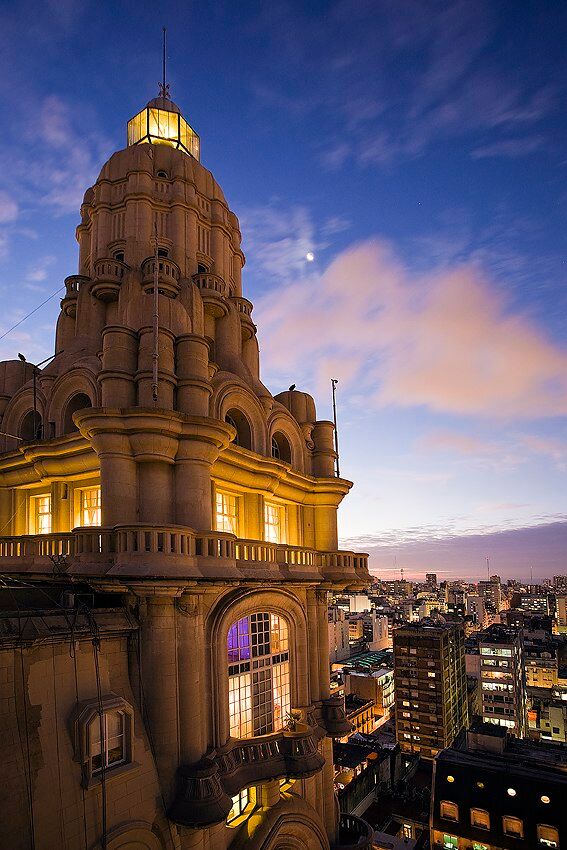 Palazzo Barolo: the Dantesque “comedy” in the heart of the Argentine capital

The Barolo Palace, also known as Galería or Pasaje Barolo, is located in the heart of Buenos Aires. Located in Avenida de Mayo 1370, between the National Congress and the Casa Rosada, we find this masterpiece created by Italian architect Mario Palanti. Its construction was commissioned by Luigi Barolo, a textile businessman who arrived in Argentina in 1890 and who was also a Dante fan. The Barolo Palace was conceived as an office building, and it still operates as such. 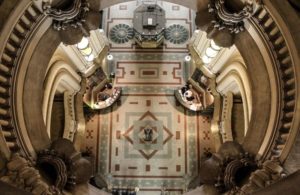 Barolo himself had his office in here, but according to testimonies he used to take the various elevators and different corridors of the building in order to avoid running into its many tenants. Being able to visit this incredible piece of Italian architecture in Buenos Aires, learn about its secrets and observe its beauty is a most interesting opportunity. You can get to the lighthouse, appreciate the unique view and discover the surprises in store for visitors. 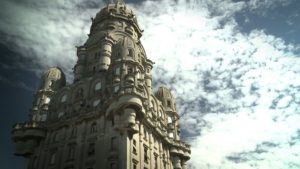 The architectural style is difficult to define, but we can say that it is a truly eclectic construction. In fact, it combines elements of various styles and different European schools. Neo-Gothic and Neo-Romanesque elements can be found, and even Asian influences. I often heard that in Buenos Aires you have to look up in order to discover the beauty of the city. And I think that is clearly the case with the Barolo Palace and its majestic and particular dome. The dome, in fact, has been built with an Indian style, inspired by the Rajarani Bhubaneshvar Temple.

At the time of its construction, this building was four times the standard height planned for Avenida de Mayo. In fact, a special permit had to be requested. The interiors of the building hide details that could escape the sight of those not familiar with its history. A number of symbols related to the numerology of The Divine Comedy can be found within its walls.

The symbolism of the Barolo Palace 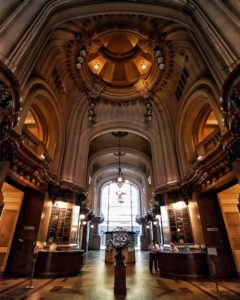 Palanti, a passionate Divine Comedy scholar, decided to fill the palace with references to Dante’s work. The building is divided into three sections: symbolical Hell, Purgatory, and Paradise. The number 9 is repeated several times in the structure, as well as throughout the Divine Comedy. Condors and dragons decorate the palace interior with a very special symbolism, as well as that of the elevators. Latin inscriptions can also be found. And the upper floors and the dome symbolize the seven levels of purgatory.

The dome has been inspired by a Hindu temple dedicated to love and symbolizes the union of Dante and Beatrice. The lighthouse, the building’s highest point, reaches 100 meters, like the songs of Dante’s poem. The constellation of the Southern Cross, which in the first days of June can be seen exactly above the building, is another Divine Comedy reference. If you visit Palacio Barolo on a summer afternoon where visibility is high, pay attention: you might see some signals between lighthouses. On the other side of the Río Plata resides its twin; Palacio Salvo, which is located in the center of Montevideo, where Palanti recreated the Buenos Aires landmark. 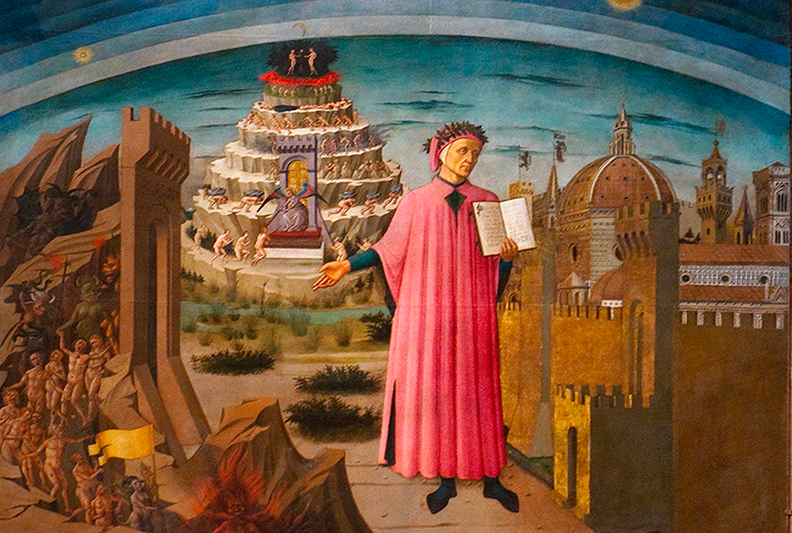 Four steps in the Divine Comedy

For the Divine Comedy fans it is surely a must in the city. But also for everyone else. I recommend visiting the Barolo Palace to contemplate its terrace and, unless you suffer from vertigo, be amazed by the spectacular view you’ll have from the lighthouse. In fact, thanks to the work of the two Tharigen brothers, nephews of the owner of one of the Palace offices, since 2004 it is possible to know the Palace in depth. Palacio Barolo Tours organizes a wide range of guided tours. There are day tours, night tours, tastings and photography tours. There is something for everyone!